The 2.5 million euro prize is awarded to exceptional scientists and academics for their outstanding achievements in the field of research. Dr. Latz received this award together with his former trainee Veit Hornung for their scientific discoveries in the field of innate immunity.

Dr. Latz is the Founder and Director of the Institute for Innate Immunity at the University Hospital Bonn where he investigates the molecular mechanisms underlying inflammatory responses in the body. His work has great relevance for a better understanding of how innate immune activation is associated with common diseases such as gout, diabetes, atherosclerosis, and Alzheimer’s disease. "In particular, we are concerned with the question of how certain highly inflammatory messengers are activated by ‘inflammasomes.’ For example, we have found that the NLRP3 inflammasome, a complex multi-protein structure of several proteins, can be activated by aggregated or crystalline substances,” he explained.

Dr. Latz and his team are honored to receive the award and be recognized for their commitment to their research. “We have many new ideas that are only waiting for appropriate research funding,” he said. “Now, we are looking forward to exploring how environmental influences act on inflammatory responses and what molecular mechanisms lead to activation of innate immune cells.” 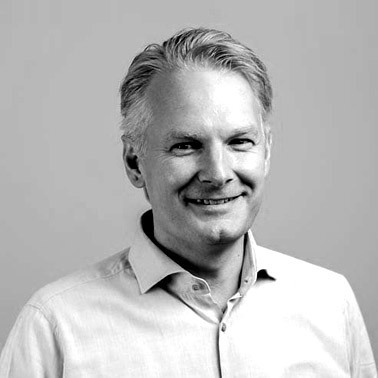 Dr. Eicke Latz founded the Institute of Innate Immunity at the University of Bonn in 2010, where he directs an international group of scientists. He is furthermore Adjunct Professor at the Centre for Molecular Inflammation Research at the Norwegian Technical University in Trondheim, and heads a research group at the German Center for Neurodegenerative Diseases (DZNE) in Bonn. His research focuses on identifying the most proximal mechanisms of innate immune activation in chronic inflammatory diseases. His laboratory studies the mechanisms involved in inflammasome activation and regulation, investigates how nucleic acids are sensed by Toll-like receptors and cytosolic sensors, and performs systems approaches to decipher innate immune signaling pathway regulation. Eicke is listed in the World’s Most Influential Minds by Thompson Reuters and is a highly cited scientist in immunology in 2014, 2015, 2016, and 2017.

Dr. Latz studied Medicine in Göttingen and Berlin and worked as an intensive care physician at the Charité Hospital in Berlin. Starting 2000 he received post-doctoral training at Boston University and UMass Medical School in the Golenbock laboratory and he joined the UMass Faculty in 2006.