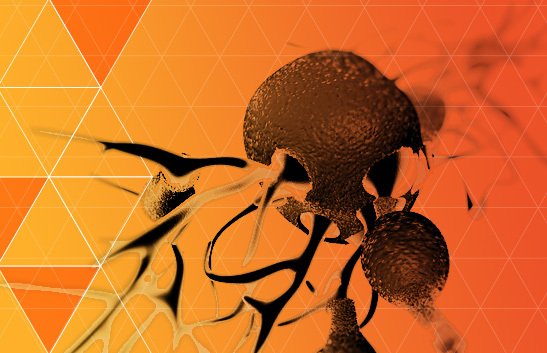 Recent Research, Including a Study Led by IFM Due Co-founder Dr. Andrea Ablasser, Identify Structural and Molecular Basis of cGAS’s Interaction With DNA

Summary: The cGAS/STING pathway activation alerts to the presence of pathogens when cGAS senses their DNA in the cellular cytosol. Activation of the same pathway by the cell’s own DNA promotes autoimmune inflammation; therefore, efficient mechanisms must be at play to prevent spurious cGAS activation by self DNA. In cells, the great majority of DNA is sequestered in the nucleus and compacted by nucleosome proteins. Surprisingly, however, cGAS can also be found in the nucleus, where it apparently is held in an inactivated state. How cGAS can remain inactive within the abundance of DNA ligands in the nucleus has remained unclear. Three papers published in Nature and two contemporaneously published in Science shed light on this mechanism by resolving cryo-EM structures of cGAS engaged in binding to the nucleosomes of chromatin DNA. Acidic patches on histones H2A and H2B interact with high affinity with one of cGAS’ DNA binding sites, thereby keeping it monomeric and sterically hindering DNA-mediated activation. Researchers provided a detailed resolution depiction of how cGAS maintains the resting, inhibited state in the nucleus—reshaping previous knowledge of cGAS regulation and exemplifying the role of the nucleosome in regulating diverse protein functions.

So What: The innate immune pathways that rely on nucleic acid sensing to detect viruses and other pathogens are inherently prone to erroneous detection of self RNA or DNA. Such failures in self/non-self distinction drive sterile inflammation and autoimmune disease and necessitate therapeutic pathway inhibition in affected patients. Partnering with Novartis, IFM is developing pharmacologic inhibitors of the cGAS/STING pathway in its IFM Due subsidiary. IFM Due Co-Founder, Andrea Ablasser—a recent William B. Coley award recipient—is the senior author of one of the five studies published in premier scientific journals that uncovers a fundamental molecular mechanism that naturally prevents the activation of cGAS by self-DNA in the cellular nucleus.

Summary: Scientists have discovered further direct links between the body’s immune response and the progression of neurodegenerative diseases—notably Alzheimer’s disease and motor neuron diseases (MND), including amyotrophic lateral sclerosis (ALS). The first study, published in Nature, focused on the mechanisms responsible for the development of plaques in the brain that lead to Alzheimer’s disease. Innate immunity is associated with Alzheimer’s disease, but how immune activation impacts the production of amyloid-β is somewhat unknown. The research team showed how the protein interferon-induced transmembrane protein 3 (IFITM3) leads to the formation of amyloid-β plaques in the brain. Inflammatory cytokines induce the expression of IFITM3 in neurons and astrocytes, which binds to γ-secretase and upregulates its activity—increasing the production of amyloid-β. Results showed that knockout of IFITM3 reduces γ-secretase activity and the formation of amyloid plaques in the brain. The amount of IFITM3 in the γ-secretase complex has a strong and positive correlation with γ-secretase activity in samples from patients with late-onset Alzheimer’s disease.

The second study, published in Cell and co-led by IFM Scientific Advisor Seth Masters, addressed the role of STING in MND—a progressive condition that occurs when certain nerve cells degenerate and die. By blocking the immune sensor STING, the researchers were able to prevent inflammation from MND patient cells in mouse models and keep the cells alive longer. Most people suffering from MND have an accumulation of a protein called TDP-43 within cells of the central nervous system. Changes to the TDP-43 protein cause the protein to misfold and form protein clumps, which are toxic to neurons and been found in people living with ALS. This work unexpectedly showed that STING is activated downstream of TDP-43-induced mitochondrial dysfunction and contributes to neuronal toxicity.

So What: These findings reveal a mechanism in which inflammation promotes Alzheimer’s and ALS, and join a growing body of evidence tying innate immune pathways to neurodegenerative diseases—including a 2019 study from IFM Scientific Advisor, Dr. Michael Heneka. Heneka and his team’s research demonstrated a role for the NLRP3 inflammasome role in Tau pathology, Alzheimer’s disease and tauopathies. Building off these published results and other recent findings, IFM is working to develop small molecule therapies that have the potential to address inflammatory diseases affecting the brain and the rest of the body.